The following are all the different choices that you need to make in Assassin’s Creed Valhalla and their outcomes:

The Seas of Fate (Rygjafylke)

You need to make a decision at the start of the bartering mission. Tonna will ask you to pay for information related to King Burgard. You can pay the fee, pay half what she asks, or refuse to pay if you have the required charisma. Pay full or half and you will get the information that you need. You will also be welcome in Tonnastadir. When you get to the king and come out of the hiding place to the forest, you will face Tonna.

If you refuse to pay, you will get a second chance but the discount is no longer going to be valid and you will need to pay 520 coins. You will also not be welcome in Tonnastadir. You will then need to find all the clues yourself by searching Tonny’s fortress. You will also need to take down a couple of bad guys.

Heavy Is The Head (Ledecestrescire) 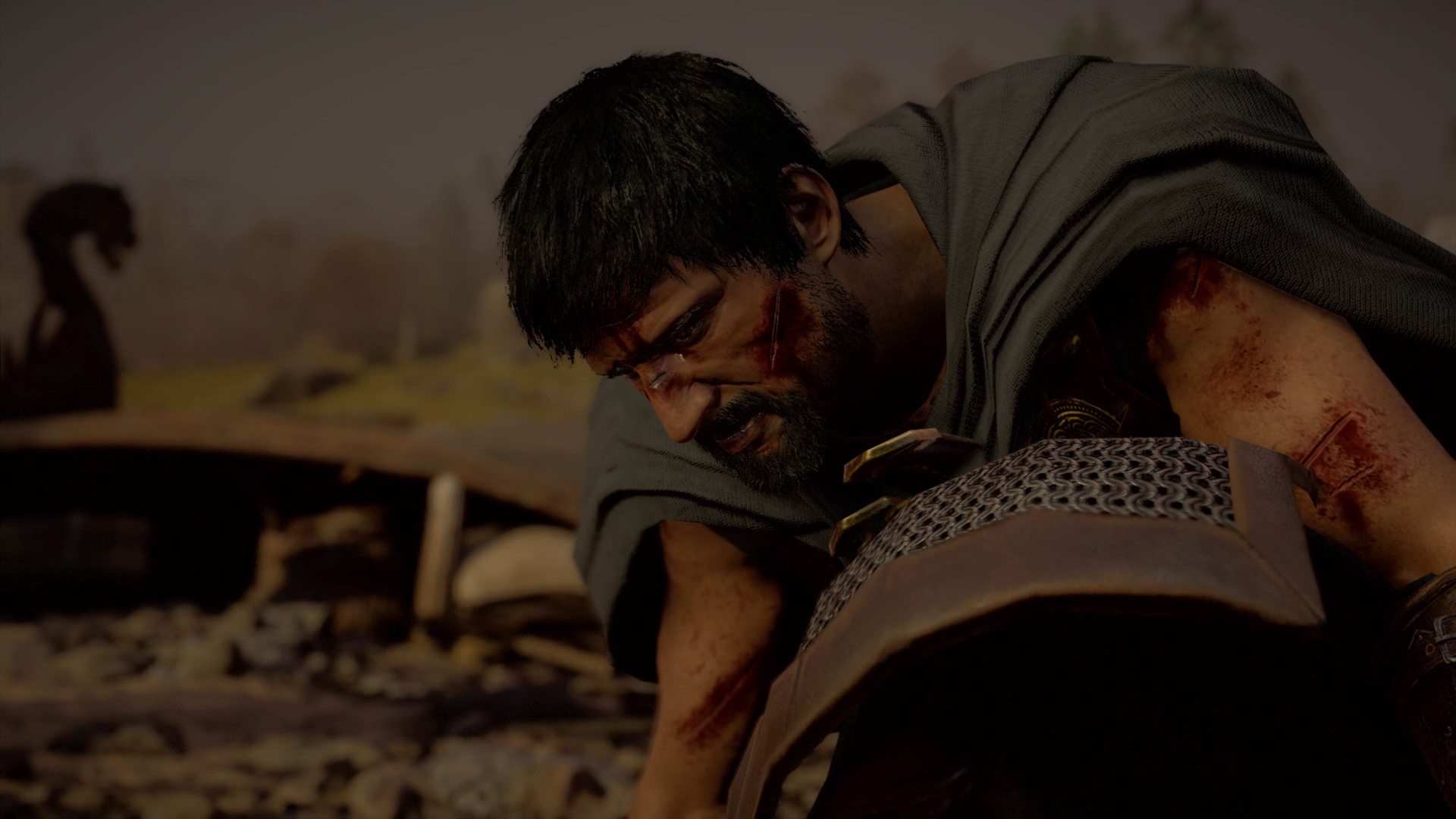 After you beat Leofrith you must decide what to do with him. You can kill him or let him go. If you decide to let him live then he will tell you about the Zealots and how you can stop them from hunting you. If not then they will actively hunt you wherever you are.

The stench of Treachery (Grantebridgescire)

At the end of the quest, you need to tell Soma the name of the person that betrayed her. You must choose between Galinna, Lifa and Birna. Galinn is the traitor as all the evidence points out. Pick Galinn and you will save the counselor who was not executed first. Galinn will be sentenced to death.

If you pick wrong then you will have to fight the traitor later on and your relationship with Soma is not going to be good. Furthermore, Birna will not join you.

A Fury From The Sea (East Of England)

Near the end of the quest, you will learn that Rued is alive. You will now have two choices. You can either kill him or leave him alive. If you kill him then Oswald is not going to appreciate it and will give a speech about how killing leads to nothing. You will not have to face Rued again. Oswald will continue to be your ally and Finnr will join your crew. 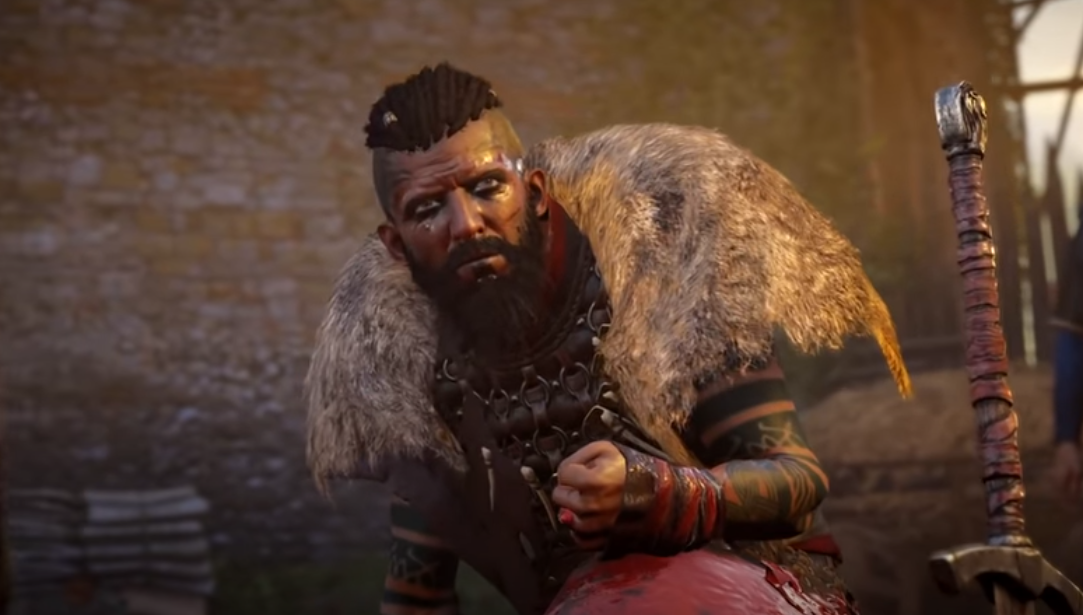 If you decide to let Rued live then Oswald will be pleased and approve of your decision. Rued will show up later on and you will have to fight him again.

Rued is going to crash the wedding and you will have to decide who is going to face him. You can fight him or let the king do it instead. If you fight him then Rued will die and the king will pledge his allegiance to you. Finnr is also going to join you.

If you let the king fight him then he will win and exile Rued rather than killing him. Finnr is not going to join you and will stay with the king.

Blood From A Stone (Oxenefordscire)

During the final part of the quest, you need to decide whether you are with Sigurd or not. You will have plenty of options. If you say that you have a pact with Geadric then you will not betray Geadric and will go against Sigurd but Basim will interfere and tell you that you need to obey Sigurd. You can then take a deep breath or punch Basim.

If you call out Sigurd for betraying Geadric, he will remind you that he is your Jarl. Basim will interfere. You can then take a deep breath or punch Basim.

If you select the take a deep breath option, you tell Basim that there are more ways of resolving the issue at hand. You mention that the oath made needs to be kept. This opens up two options, enough of this and punch Sigurd. 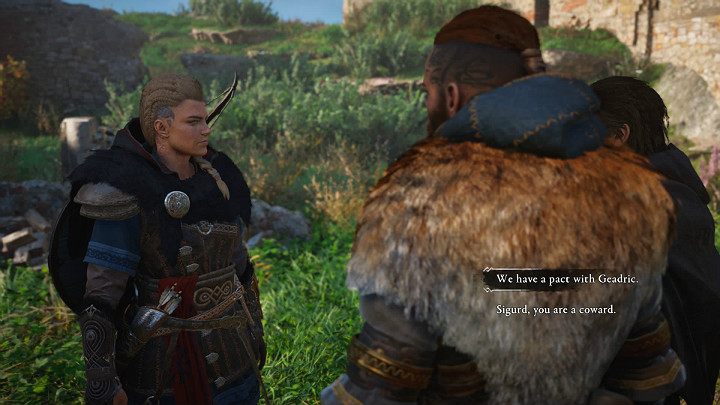 If you decide to punch Basim then this will upset Sigurd who says that Basim and Eivor should declare a holmgang. This adds to dialogue choices, enough of this and punch Sigurd.

If you pick enough of this option, then you will tell Sigurd that you have a promise to keep and that you will split up for a while.

If you punch Sigurd then he will say that Eivor acts like Odin but does not have the same wisdom. The two of you will split up for a while.

The more important choice is when you get back to Quatford. Ubba will ask you whether or not Ivarr died a worthy death. If you reply that he died well then Ubba will find that without his brother there will be peace and that he will be able to see him in Valhalla. 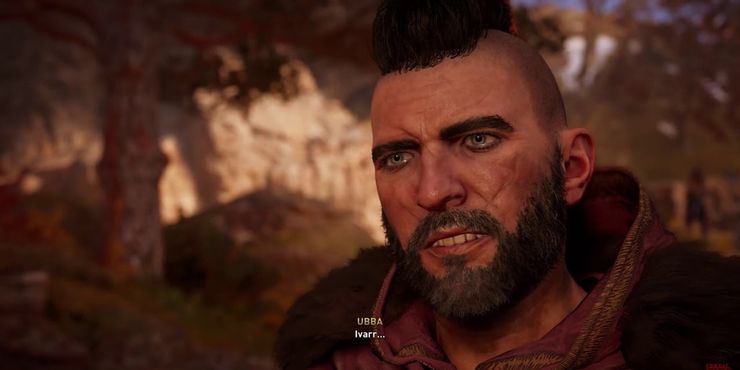 If you choose he died badly dialogue option then you will tell Ubba that he died a death that was not worthy. Ubba will respond that he knew his brother well and that he will meet him in Valhalla.

If you pick he wanted death option then you will tell Ubba that Ivarr wanted a glorious death and that you gave him one. Ubba will thank you and tell you that he will meet his brother in Valhalla.

If you refuse Ivarr Valhalla and then lie about that to Ubba then he will find out and then come to your settlement and fight you. When you win he will ask you to refuse him Valhalla as well.

Where The Stone Falls (Oxenefordscire)

Ealdorman Lincolnscire is dying and you must pick a new ruler to lead the people. The voting results in a tie and you must decide who is going to be elected. If you pick Hunwald then the Bishop will attack the meeting room and you will learn that he is part of the order. Lincolnshire will become an ally. Hunwlad and his swan join the Raven clan.

If you do not give him the axe then this will make Sigurd very angry and will impact the final score that you get.

These are all the important choices that you are going to be presented with in Assassin’s Creed Valhalla. If you are interested in learning more about the game then you can check out our guide on how you can start river raids.